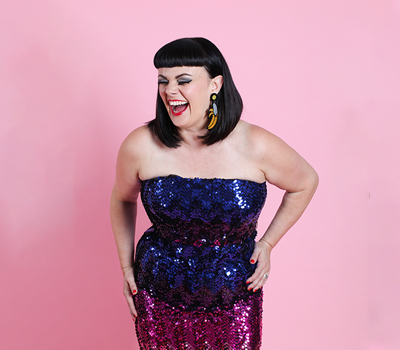 From being cradled as a baby in the arms of Roy Orbison, to performing a duet with Willie Nelson, you would think that Tami Neilson lived a country music fantasy life. However, in between these monumental occurrences, The Neilson Family Band, with Tami’s parents, and two brothers, were having to busk in the streets of small-town Ontario in order to put food on the table, performing gospel concerts to prisoners, and roaring down the Trans-Canada Highway in an exploding RV on her way to open for Johnny Cash, which she managed to do, at 18 years old, in her pajamas. And then Tami left to start her own family on the other side of the world in New Zealand, where she now resides. Her busking chops served her well, as she took to the streets of Auckland looking for her big break. From open mic nights to clubs, to then headlining theatres and major festivals across New Zealand, Tami has now won almost every music award possible.